In Salt Lake City, Utah, Diana Cannon Ragsdale’s family was a Mormon dynasty with ancestors who were contemporaries of Brigham Young—and they had many dark secrets to keep.

Growing up at the mercy of her mother’s depression and father’s undiagnosed schizophrenia, Diana and her five siblings were left to fend for themselves as their mom and dad rotated in and out of psychiatric hospitals and police custody.

This inspiring interview highlights Diana’s experience growing up, and how she overcame her dysfuntional family history to rise above and move forward.

Diana Cannon Ragsdale is an author, retired physical therapist, and mental health advocate for survivors of abusive and dysfunctional families. Diana attended Utah State University on a dance scholarship and then several years later received her degree from the University of Utah. In retirement, she has dedicated herself to travel and creativity. Today, she lives happily in Salt Lake City, Utah, and is married and a mother of five and grandmother of eight. Loose Cannons is her first book.

A debut memoir like no other, Loose Cannons is a harrowing and hilarious saga spanning more than 60 years of multigenerational trauma and dysfunction—and the spiritual power it took to overcome it all.

What You’ll Learn in This Episode:

Links Mentioned in This Episode:

Subscribe to SecondWind with Joyce! New episodes every Tuesday at 9 am CT.

Do you have any feedback or comments about this show? Send us a message! We would love to hear from you!

Transform Your Life with Purpose with Christina Foxwell 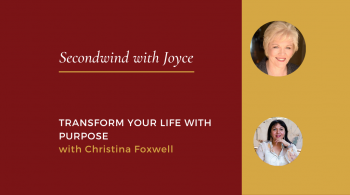 Transform Your Life with Purpose with Christina Foxwell

The Toxic Superfoods That Could be Harming Your Health with Sally K. Norton

The Toxic Superfoods That Could be Harming Your Health with Sally K. Norton

Lessons From a Prison Guard in Baghdad with Gene Bennett 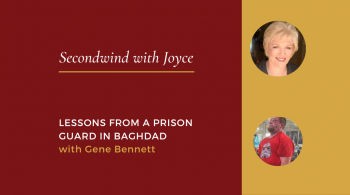 Lessons From a Prison Guard in Baghdad with Gene Bennett 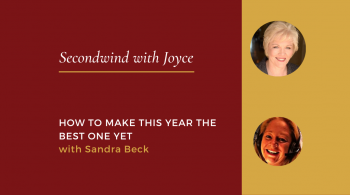